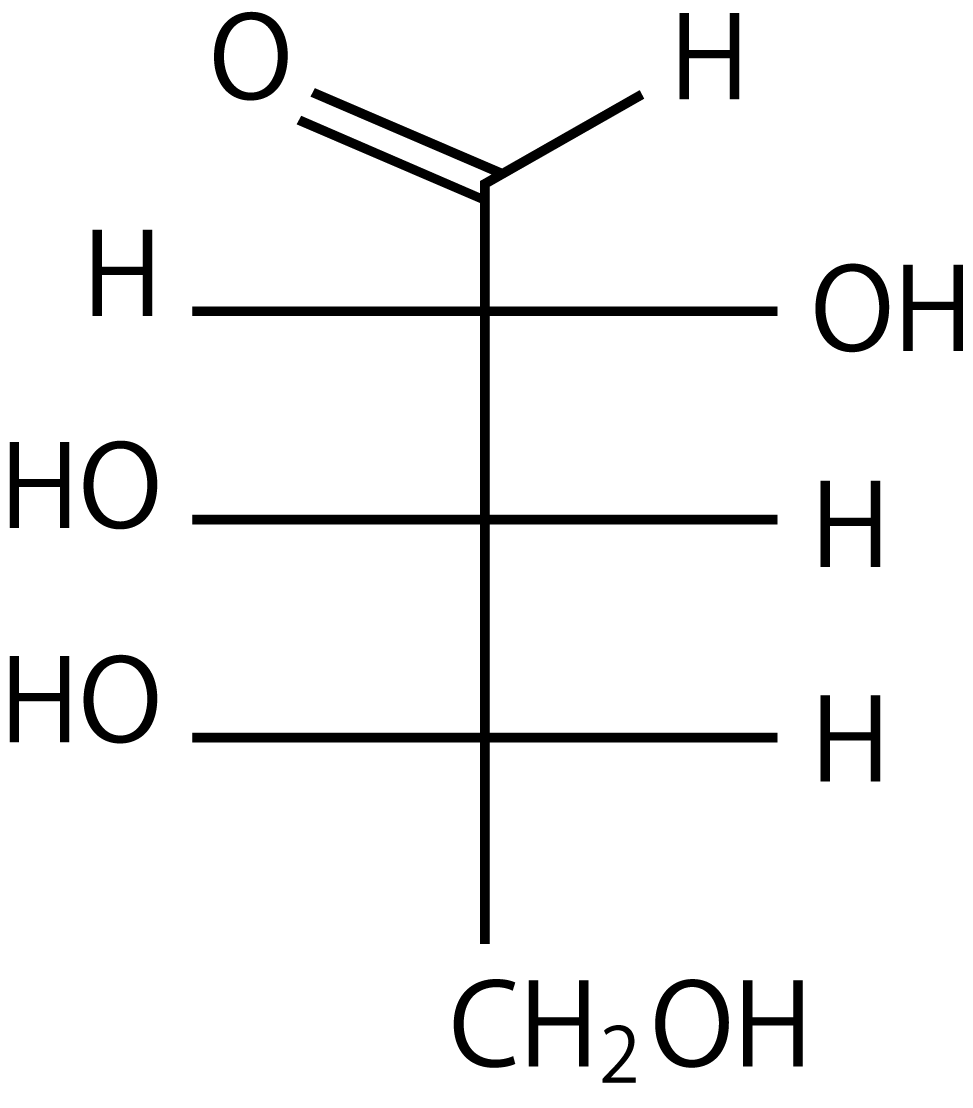 L-arabinose is an aldopentose - a monosaccharide containing 5 carbon atoms - found in plants such as corn and sweet potatoes. L-arabinose has about 50% of the sweetness of sugar.

Normally, the sugar that we ingest is completely broken down by an enzyme known as sucrase in the small intestine and stored as energy. This energy is used by the brain to function, though excess amounts are stored in the form of fat. L-arabinose, however, has action to suppress the action of that degrading enzyme, so about 40% of ingested sugar passes through the small intestine without being broken down or absorbed, and it reaches the large intestine intact. 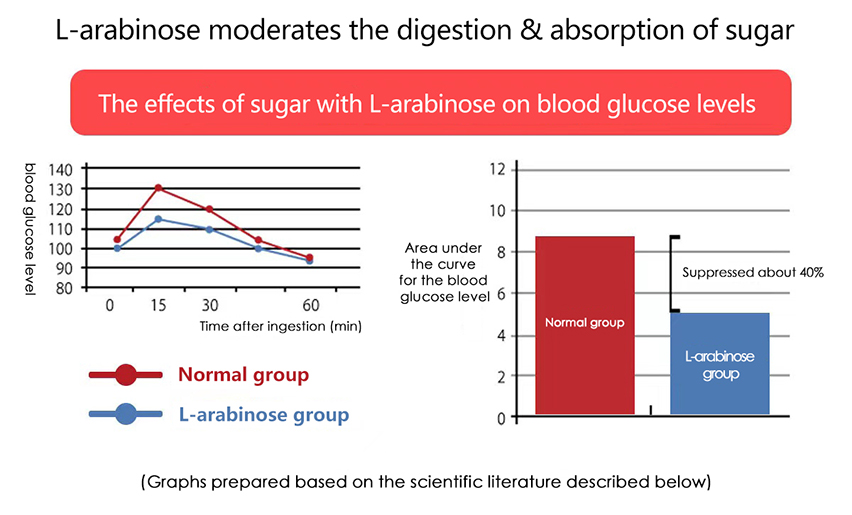 Sugar that reaches the large intestine is broken down by microorganisms, and organic acids are produced in the large intestine. L-arabinose should improve conditions in the gut to that same extent as ingesting non-digestible oligosaccharides. 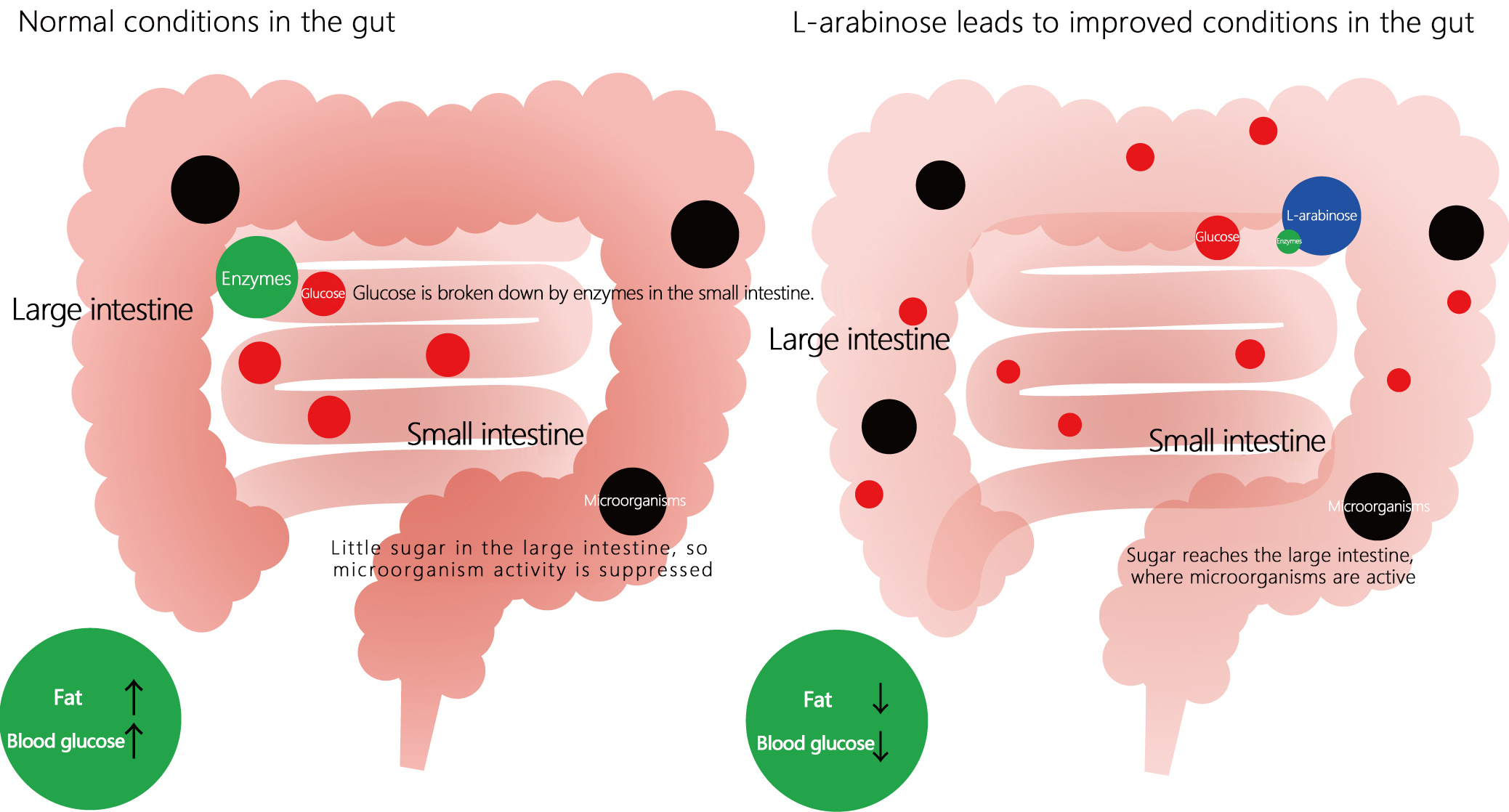 【1. Nutritional and physiological functions and uses of L-arabinose】


L-arabinose is a main component of hemicellulose, which makes up plant cells walls. Sugar in trees is normally the D-form, but arabinose is the L-form. L-arabinose is mainly present in furanose form, where it is weakly acidic, so it can be obtained by hydrolysis at relatively milder conditions than cellulose. There is a large amount of L-arabinose in corn cobs and flax seeds, and L-arabinose is a sugar that is abundant in nature. L-arabinose has about 50% of the sweetness of sugar.
Some of the ingested L-arabinose is fermented by intestinal bacteria into short-chain fatty acids that function like soluble dietary fiber. L-arabinose is not readily absorbed by the small intestine, and it is highly regarded as a calorie-free sweetener. Moreover, L-arabinose has been found to greatly inhibit sucrase and to markedly suppress elevated insulin levels in the blood.
L-arabinose has an affinity for sucrase that is 4-5 times or higher than that of sugar. L-arabinose can presumably help to prevent conditions such as obesity, hypertension, and hyperlipidemia. Moreover, L-arabinose has action to promote calcium absorption, so indigestible saccharides may promote calcium absorption in the small intestine.
Studies have indicated that excessive sugar intake has various adverse effects, but L-arabinose has action to suppress the metabolism of sugar, so L-arabinose would allow healthy and sweet food and drinks with no change in sweetness.

【2. The functionality and areas for use of L-arabinose】


There are concerns about sugar restrictions causing hypoglycemia, but L-arabinose acts only on sucrose, so excessive intake of L-arabinose to an extent is unlikely to cause hypoglycemia. When ingested with sucrose, L-arabinose suppresses blood glucose levels that have been increased by the ingestion of sucrose by about 50% several hours (2 hours+) later.

【3. The functionality and uses of L-arabinose】


When ingested in food, sucrose is broken down into glucose and fructose by sucrase in the digestive tract, and it is then absorbed into the blood. When sucrose is ingested with L-arabinose, L-arabinose selectively inhibits sucrase, so a considerable portion of sucrose is not digested.


L-arabinose inhibits sucrase, which is an enzyme that hydrolyzes sugar. As a result, L-arabinose suppresses the digestion & absorption of sugar and it suppresses elevated blood glucose levels. Many specified health foods have a bitter taste, but L-arabinose is a sugar with an acceptable sweetness that also suppresses the absorption of other sugars. Fiber is a byproduct generated during the manufacturing process by a starch factory or beet sugar factory using corn or sugar beets, and hemicellulose is a component of fiber. L-arabinose is mainly manufactured via acid hydrolysis of hemicellulose, which releases L-arabinose. L-arabinose is then refined by processes such as decolorization with activated charcoal, demineralization with ion-exchange resin, and chromatographic separation. L-arabinose has been found to specifically inhibit sucrase in the small intestine. Other enzymes that hydrolyze disaccharides, such as maltase, isomaltase, and lactase, are also present in the small intestine, but L-arabinose does not inhibit those enzymes.
A combination of L-arabinose and indigestible dextrin synergistically enhanced the suppression of elevated blood glucose levels and it reduced the AUC (the area under the ROC curve) than indigestible dextrin alone. Results also suggested that L-arabinose reduces the glycemic index of foods.
Diabetes mellitus is becoming a national affliction. As a prospect for the future, L-arabinose could be used as a sugar with an acceptable sweetness. This would facilitate a new concept: suppressing the absorption of sugar and suppressing elevated blood glucose levels and caloric intake associated with sugar intake.
If an adult ingests an average of 43.8 g of sugar per day, that amount could be substituted with 6 g of L-arabinose per day instead.

【5. Effects of sucrose with L-arabinose on the number of bifidobacteria in the rat cecum】


Attention has focused on low-calorie sweeteners as part of increased health awareness. Many people use fructo-oligosaccharides to increase bifidobacteria in the gut. These sugars are non-digestible carbohydrates that are not broken down by enzymes in the small intestine of humans, though there are sugars with even lower molecular weights that have similar activity. L-arabinose is one such sugar. Numerous studies have reported that L-arabinose inhibits sucrase activity in the small intestine.
The current study reported results of experiments involving rats. Rats were fed a 20% sucrose diet that contained 1% L-arabinose for 4 weeks, and bacteria in the cecum, the weight of the cecum, the contents of the cecum, and the weight of intra-abdominal fat were compared. Results indicated that organic acids such as acetic acid in the cecum increased significantly, revealing L-arabinose’s action to improve conditions in the gut. Results also revealed that a sucrose diet containing L-arabinose resulted in residual sucrose in the cecum and colon that had not been digested/absorbed by the small intestine. Results revealed that the body weight and weight of fat in rats tended to decrease, the weight of the cecum increased, and serum lipids, serum total cholesterol, and liver total lipids decreased. Results also indicated that organic acids such as succinic acid, propionic acid, and lactic acid in the cecum increased markedly while the pH tended to decrease.

【6. Evaluation of the tolerability and safety of L-arabinose】


Obesity has increased due to a lack of exercise as a result of the adoption of a Western diet and the spread of automobiles, and the number of diabetics is also increasing. Diet therapy and exercise therapy are essential to the treatment of diabetes, and foods and drinks that suppress postprandial hyperglycemia are an important adjunct to diet therapy.
L-arabinose is an indigestible pentose with a sweet taste. Basic studies have indicated that L-arabinose specifically inhibits the action of sucrase on sucrose in pigs, rabbits, rats, and mice, and L-arabinose has been found to suppress elevated blood glucose as a result of glucose ingestion in a glucose tolerance test in rats, mice, and normal humans. The safety of L-arabinose intake has been verified, but another test was conducted in order to verify its safety after intake. A test was conducted by administering a single dose of 15 g L-arabinose and by continuously administering a dose of 3 g/d for 2 weeks. When the tolerability and safety of L-arabinose were examined, results suggested that gastrointestinal symptoms may intensify when consuming a single dose of more than 15 g. Nevertheless, this finding is presumably not due to L-arabinose itself but because sucrose reaches the cecum or colon without being digested/absorbed by the small intestine, where it markedly increases fermentation in the gut and it triggers increased peristalsis. In a test involving normal adult humans, L-arabinose did not excessively lower blood glucose levels, e.g., it did not cause hypoglycemic episodes.
In the future, the effects of long-term consumption of L-arabinose need to be determined in obese patients and patients with hypertriglyceridemia.

【7. Effect of L-arabinose on blood glucose level after ingestion of sucrose-containing food in human】


In order to determine elevated blood glucose levels, adverse reactions, insulin levels, and the effective amount of L-arabinose to add to a human diet, an empirical study was conducted in normal individuals and patients with type II diabetes. L-arabinose was effective in all aspects in both groups, indicated the usefulness of L-arabinose.

【8. Inhibition of sucrose digestion, absorption and energy metabolism by L-arabinose in rats】


Sucrose and L-arabinose were both administered to fasted rats, and the percent increase in blood glucose, the expiratory CO2 concentration, and residual radioactivity in the body were examined. The optimal dose of L-arabinose was found to significantly decrease all 3 indices.

【9. The “second meal effect” of L-arabinose as a functional sugar】

【10. Study of the physiological functions of and development of techniques to industrially produce the functional sugar L-arabinose, which suppresses elevated blood glucose levels】


L-arabinose accounts for about 30% of the sugar in corn fiber (the seed coat), which is generated during the starch manufacturing process at Sanwa Starch. Corn fiber is insoluble or poorly soluble in water or warm water, so it is not readily susceptible to enzymatic action. In addition, pressure during the acid decomposition stage results in an L-arabinose yield 1.6 times that at normal pressure. Refined liquid sugar contains sugar components such as L-arabinose, and these components cannot be turned into powder as-is. D-xylose accompanies L-arabinose. A study has reported adverse reactions to an excessive intake of D-xylose, so industrial chromatographic separation is used to obtain safe and highly pure L-arabinose. Highly pure and stable L-arabinose powder can be obtained via crystallization.
L-arabinose’s mechanism of sucrase inhibition is non-competitive. An enzyme and a substrate form a complex (an enzyme-substrate (ES) complex). L-arabinose forms a complex with an ES complex (an enzyme-inhibitor-substrate (EIS) complex), and L-arabinose inhibits the purification or release of D-glucose and D-fructose. The inhibitory action of L-arabinose can be sustained over a prolonged period while ES complexes are still present, i.e., while the substrate is still supplied. L-arabinose selectively inhibits sucrate in the small intestine sucrase in a non-competitive manner. Crystallization is suppressed, and this action continues for 2-3 hours or longer.
The intake of both L-arabinose and sucrose delays the movement of digested material from the small intestine compared to the intake of L-arabinose alone, so the flow of undigested material to the large intestine is moderated. L-arabinose has an effect when ingested in a small amount, but excessive intake can lead to adverse reactions such as swelling of the abdomen, osmotic diarrhea, and hypoglycemia. These adverse reactions are less likely when L-arabinose is ingested with sucrose.
Oligosaccharides are a byproduct obtained during the process of manufacturing L-arabinose using corn fiber. Acidic oligosaccharides contain glucuronic acid while neutral oligosaccharides do not. Oligosaccharides should enhance intestinal flora and improve lipid metabolism.


Normal individuals ingested L-arabinose 6 g/b.i.d. in the morning and afternoon between meals. A low dose of just 6 g suppressed elevated blood glucose levels and did not cause any noticeable adverse intestinal reactions. Results revealed that adding arabinose to sucrose should be useful at dealing with hyperglycemia and various complications.

In Japan, L-arabinose was included in the list of existing additives (MHLW Notice No. 120, April 16, 1996) as stipulated in Article 2, Para. 4 of the Law Partially Amending the Food Sanitation Act and the Nutrition Improvement Act (Law No. 101 of 1995).

Japan’s Ministry of Health, Labor, and Welfare approved L-arabinose as an ingredient of specified health foods with action related to blood glucose levels.

The Ministry reviews whether or not there is scientific evidence that a given should be covered by insurance and it allows certain foods to be labeled as specified health foods.

In March 2018, Guidelines for Submitting Foods with Functional Claims to the Consumer Affairs Agency were revised. L-arabinose was added to the list.

l  In March 2010, the specified health food Arabinosugar is marketed by the Nisshin OilliO Group.

l  In December 2000, the specified health food Your Ally is marketed by Mitsui Sugar. 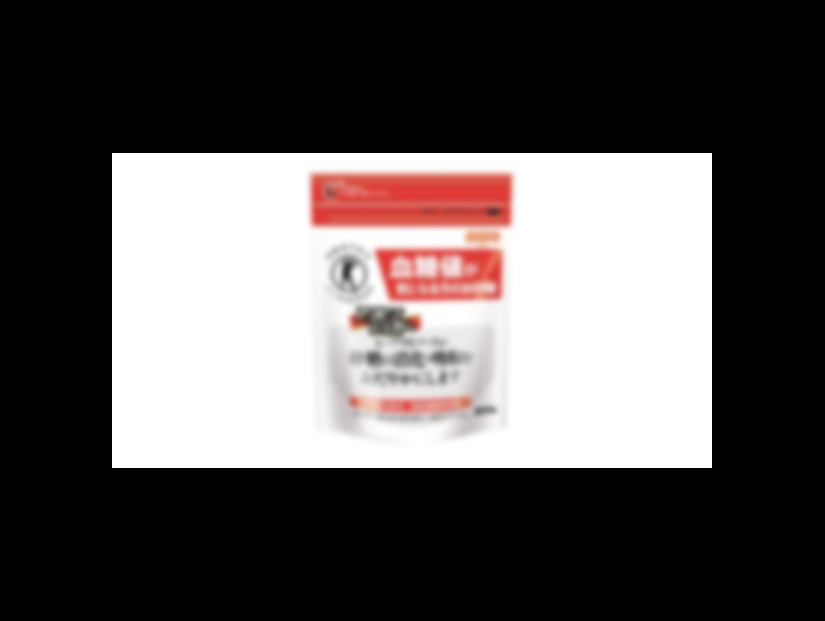 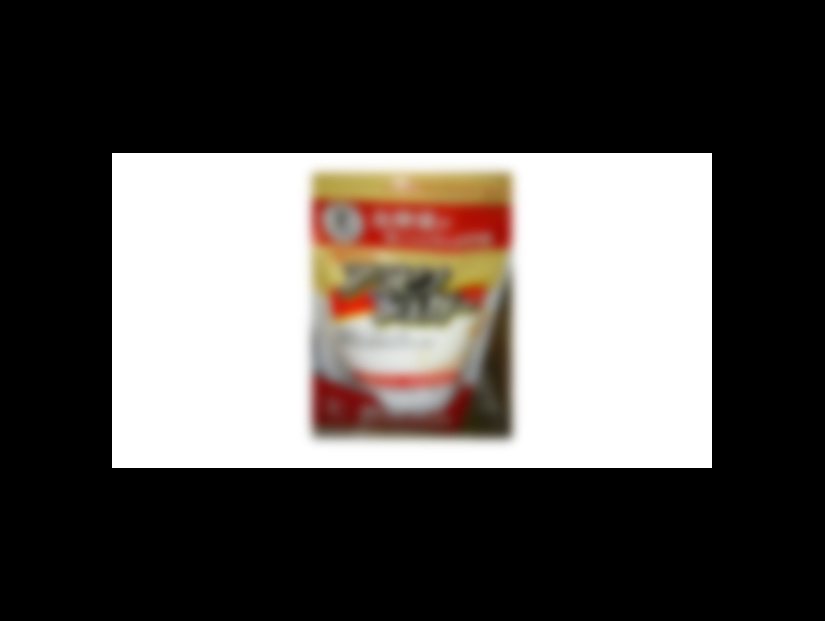 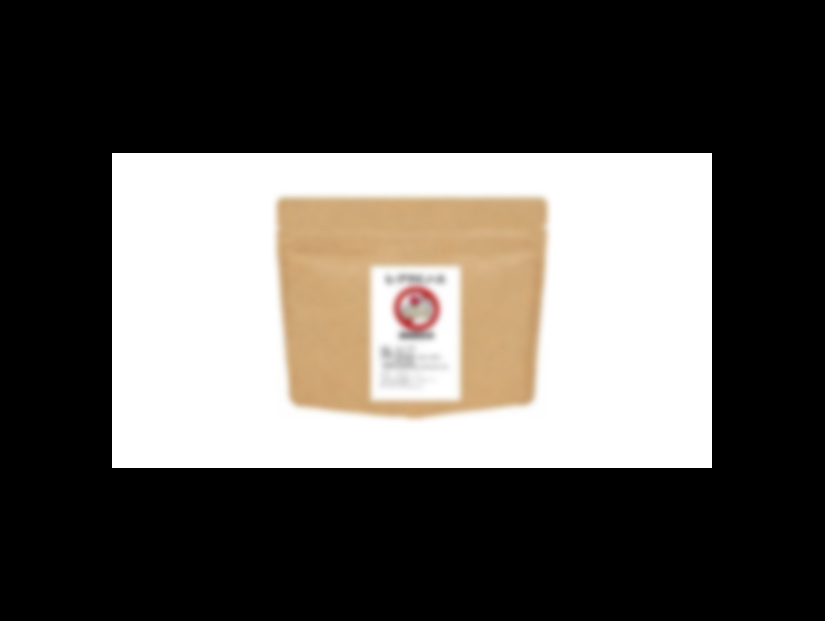 ※All of the aforementioned products have been discontinued.
TOP